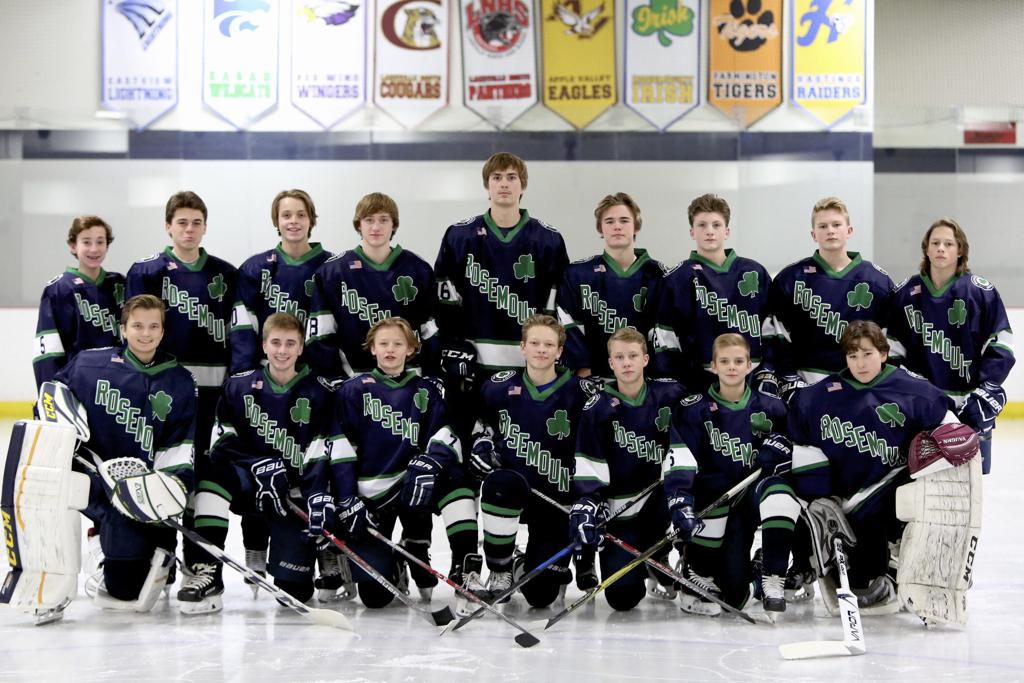 Super Fan Landon Bade and the Bantam AA Boys Had a Dream Season.  A 32-13-1 overall record and a 14-1-1 District 8 record would earn them a #6 State Ranking and League Title.  But the Irish will still satisfied and hungry for more.  An opening round playoff win over Eastview 7-0 and semi-final win over Hasting 4-1 would put them in the D8 Playoff Championship against Sibley.  With the Irish down most of the game, the boys would  tie it up in the 3rd at 3-3 and with 1.3 seconds left, Adam King would find the puck on his stick and put home the game winner.  Congrats to head coach Jeff Humble, Assistants Chris Peterson, Brad Hendrickson and Stacy Johnston and skaters Luke Levandowski, Joey Hegarty, Trevor Brumm, Ben Peterson, Zach Dosan, Logan Heim, Jake Perterson, Broten Sabo, Zach Bade, Brady Johnston, Owen Hendrikson, Joel Carlson, Jack Buckenberger, Will Norris, Adam King, Shawn OVC on the fantastic season.